Warning to Owners: Don't give these sweets to your dogs! by Dr. Laura Devlin Bacon

Xylitol, a sugar substitute used in many products, including sugar-free gum and mints, chewable vitamins, oral-care products and baked goods, can be highly fatal to your dog if ingested. Xylitol is a popular sweetener in Europe and Japan, and its use as a sweetener in the United States has grown rapidly over the last few years. While xylitol consumption is considered safe in people, dogs are different story altogether.

Xylitol’s ability to cause low blood sugar in dogs has been known for almost 40 years. However, a recent study has found that xylitol also can cause acute liver failure in man’s best friend. The ASPCA Animal Poison Control Center (APCC) has released its findings from a study of eight dogs that developed liver failure and blood clotting disorders after ingesting xylitol. These dogs had accidentally eaten a variety of products containing xylitol, including cookies, gum, cupcakes, xylitol powder, and muffins. Five of the eight dogs were euthanized or died because of liver failure.

While xylitol causes little-to-no insulin release in people, it does cause a rapid and profound insulin release in dogs. As early as 30 minutes and up to 12 hours after eating xylitol, a dog’s blood sugar can plummet, causing lethargy, vomiting, collapse, seizures, and even death. In addition, some dogs will develop decreased blood potassium and phosphorous levels and increased liver enzymes. In severe cases, massive liver damage, liver failure, and loss of blood clotting abilities can occur, leading to death. The lowest estimated dose of xylitol associated with liver failure is 1 gram per pound – that’s about 5 sticks of gum per 1 pound of dog. However, blood sugar abnormalities can occur with a much smaller amount. Any xylitol ingestion by a dog should be considered potentially life-threatening.

Pet owners: if you are diabetic or watching your diets by using xylitol-sweetened products, please keep them out of the reach of your pets. If your dog consumes even the smallest amount of a xylitol-containing product, it is crucial to seek veterinary treatment immediately. Your dog will need to be hospitalized for at least 24 hours and monitored so that care can be given should his or her blood sugar drop. In addition, supportive care may be needed for the next 72 hours for possible liver damage. Rapid, aggressive treatment is the best way to increase your dog’s chance of surviving this deadly treat. 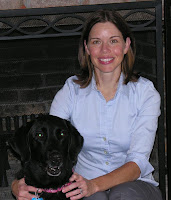 Blog posted by Vet Mary Gardner
Posted by me at 6:00 AM