Rocky Mountain Spotted Fever (RMSF) is a disease that can be contracted from a tick bite & transmitted to humans and dogs. The tick that carries this disease is called Dermacentor variabilis or, as it's more commonly known, the American Dog Tick.
Approximately 3% of of this species carries & can transmit the disease. Rocky Mountain Spotted Fever (RMSF) is considered to be endemic throughout North, South and Central America, where 'clusters' of outbreaks are known to occur in both species simultaneously. 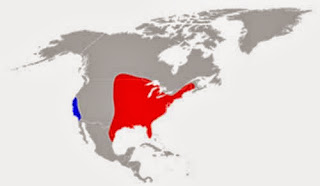 Dogs and humans cannot directly give each other this disease; there is always an infected tick involved in transmission.
What Happens After An Infected Tick Bites a Dog?

Canines are highly susceptible to acute infection with RMSF and will quickly (within 2-14 days after the bite) develop the following symptoms: a very high fever, swollen lymph nodes, anorexia, limping, coughing or labored breathing, abdominal pain with diarrhea &/or vomiting, and swelling of the face & limbs.

Sometimes with acute cases we will see petechial hemorrhages, or rupture of small blood vessels in the eyes and mouth. Often neurological signs manifest in the form of confusion, circling while walking & tilting of the head, and generalized ataxia or inability to walk properly. 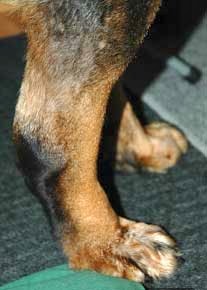 How Do We Diagnose Rocky Mountain Spotted Fever?

The gold standard in testing for this disease is an indirect immunoflorescence assay (IFA) with R. ricketsii antigen; 2 blood samples are submitted to confirm the disease: one at the onset of symptoms (early in course) and the second 2-4 weeks later. A four-fold increase in RMSF titer is seen in the second sample when compared to the first.

How Do We Treat Rocky Mountain Spotted Fever?

Typically, veterinarians don't wait for confirmation of titer increase in paired sera to start treating with a broad spectrum antibiotic.

A strong suspicion of tick borne disease is raised by the clinical signs mentioned, and when combined with the low platelet count & other bloodwork abnormalities, veterinarians begin treatment right away to prevent the disease from increasing in severity or becoming fatal. A considerable number of patients are hospitalized for supportive care (such as IV fluids) to prevent dehydration, for continued monitoring and treatment of bloodwork abnormalities, and medications to treat symptoms are administered. 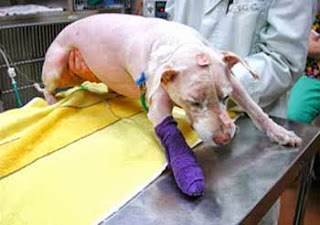 Tick control is essential to preventing all of the tick-bourne diseases. Most of the topical products veterinarians recommend are highly effective, sometimes they kill ticks after they've already attached, making transmission of RMSF possible. Regular use of a topical or systemic tick-control treatment such as fipronil, permethrin (not safe around cats), seasonal dips, and tick collars containing amitraz or propoxur are all good for tick-control. In areas with high volumes of RMSF cases reported, often times using a topical with a collar in addition to treating the yard or kennel with acaricidal products is necessary and should only be done under the direction of a veterinarian. Remember to always remove any attached tick with forceps or gloved hands and to wash any contact areas well. 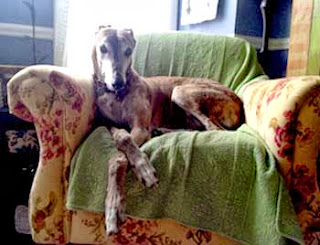