Canine Cognitive Dysfunction (also known as cognitive dysfunction syndrome or doggie Alszhiemer’s) is a progressive decline of mental function in dogs.  Typically it presents as behavioral changes in the pet including disorientation, changes in social interaction with family, changes in sleep patterns, loss of house training and decreased activity levels.  While some mental changes may take place in many older dogs, CCD does not occur in every aging pet.  Studies have shown there may be “susceptibility genes” associated with the disorder and similarities occur between humans with cognitive impairment and dogs with CCD in the brain.  Oxidative damage can lead to increased ventrical size and accumulation of amyloid plaques in the brain.

There are numerous possible clinical signs associated with CCD.  These include:

Other possible differentials for this disorder include anxiety disorders, hepatic encephalopathy, brain tumors, etc.
So what can be done to help and cope with this disorder in your pet?  While there is no “cure” for CCD there are many things that may be helpful in improving your pet’s brain function.  Rewarding good behavior is important and it is imperative that the pet is not punished for the undesirable behavior.  Protecting the pet from potentially hurting itself may be necessary.  Emphasizing daily routines and cycles and providing mental and physical stimulation (to the pet’s ability) is important.  Other pets in the household can sometimes keep the pet with CCD mentally and physically stimulated as well. Encouraging relaxation for the anxious pet is also a good idea. 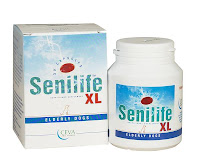 There are some newer supplements and medication on the market that have shown to have some positive effects.  Supplement such as Neutricks and Senilife contain antioxidants and other ingredients that may help support brain health. 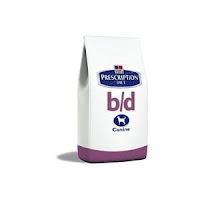 Hill’s Science Diet makes a prescription diet, b/d, that also contains important antioxidants and such for important brain health.  Antioxidants include vitamins E and C,  Lipoic acid and l-carnitine, and  carotenoids and flavonoids (found in fruits and vegetables).  Also fatty acids such as DHA and EPA are helpful.  One prescription medication has been shown to help in some dogs.  Selegiline (Anipryl- Pfizer) given at 0.5mg/kg per day may help, though it may take weeks to see results.

Older animals often slow down but if you feel your older pet is exhibiting some of these symptoms, talk to your veterinarian.  Many pet owners think, “oh, my dog is just getting older, this is normal,“  while it often is not. These changes can be very frustrating to deal with and not every aging pet exhibits these symptoms so it is important to monitor changes in your pet’s behaviors, talk to your vet, and have a physical exam performed on your aging pet routinely. 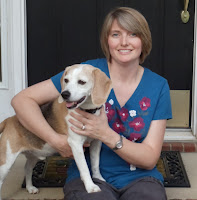